7 Amazing Pilgrimages You Should Try and Experience at Least Once

7 Amazing Pilgrimages You Should Try and Experience at Least Once

Interested in taking your students on a trip filled with pilgrimage sites? Well, then this is the perfect itinerary just for you.

Explore your way throughout the majestic country of Spain that is heavily embedded with religious history pertaining to the Christians and Catholic faith. While making your way down South, we will then bring you to Portugal; where you can experience the famous town of Fatima and end your trip with an exciting day in Lisbon.

When Madrid took Toledo's place as Spain's capital, the city had no cathedral. In 1879, Madrid's largest and most prominent cathedral began its construction. The Gothic Catholic cathedral was dedicated to the Virgin of Almudena and consecrated by Pope John Paul II in 1993.

Why go see it? Not only for its striking beauty - today, the seat of the Roman Catholic Archdiocese of Madrid sits in la Almudena. 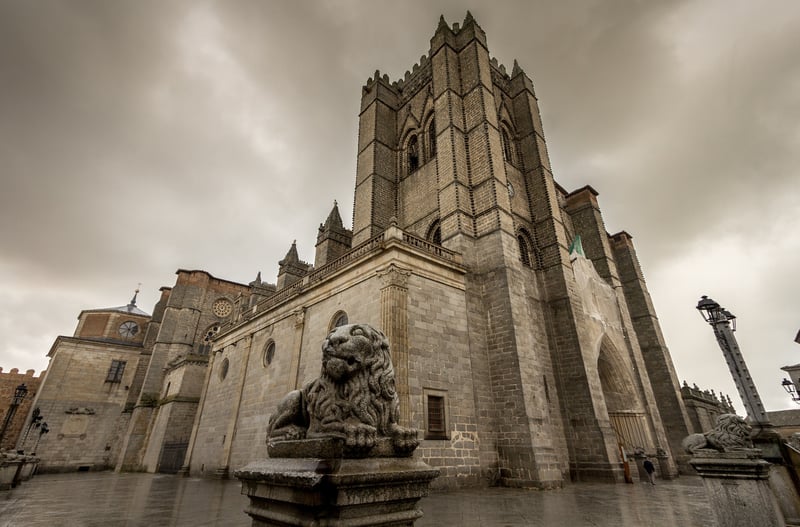 Why go here? Today the Convent of Saint Joseph has been recognized as a national monument since 1968 offering visitors the chance to visit their Convent and the Cathedral of Saint Vincent where Saint Peter of the Boat, the Holy Brothers Martyrs as well as Saint Vincent and her sister's rest.

In the mountainous region northwest of Spain, you will find yourself in Covadonga. It is within these caves of Covadonga where a symbol of Spanish hope and a supposed apparition took place which led the Christians to their first victory against the Moorish in 722. Today, this area is known as the Holy Cave.

According to a tale, it was said that a man named Pelayo had retreated to the caves during the Moorish invasion and while there; a hermit had appeared secreting a statue of the Virgin Mary. Praying every day and night for the Christians to be victorious; the next battle which followed would later be known as the first Christian victory of Spain, la Reconquista. 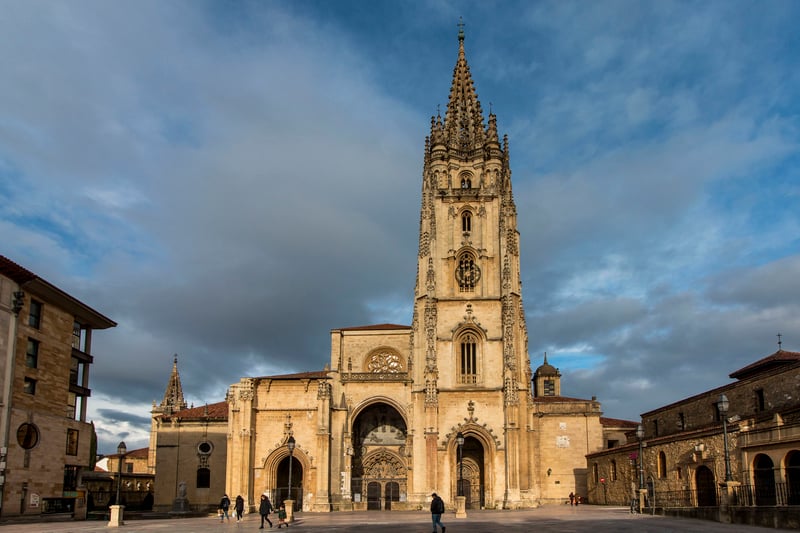 While this Roman Catholic cathedral in Oviedo may be small in size, the Cathedral of San Salvador is home to some of the most important artifacts from the Pre-Romanesque, Baroque, Romanesque, Gothic and Renaissance ages. In this church, a majority of travelers head to the Cámara Santa, known as the chapel of Saint Michael where some of the holiest and monumental objects lie.

The Sudarium of Oviedo, or the cloth of Oviedo; is one of the most famous and holiest artifacts in the Saint Michael Chapel. The cloth on display in the architecture of the chamber is the bloodstained cloth which was said to have been wrapped around the head of Jesus Christ after he was crucified and died. 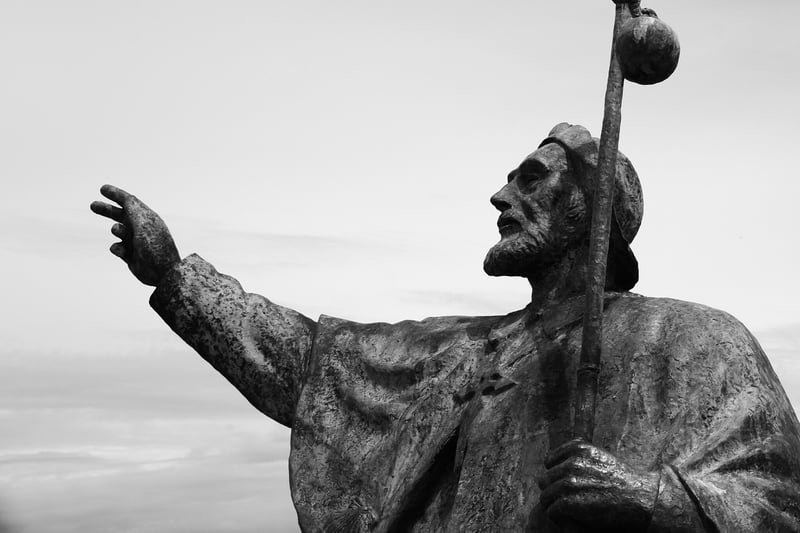 Known as the Hill of Joy, Monte do Gozo is famous for where the Christian pilgrims walked their way on the Camino de Santiago to religious freedom and at the end; the Cathedral of Santiago de Compostela. If travelers complete a minimum walk of 100 km or a bike ride of 200 km; they will be given a certificate of the Compostela for completing the same walk that the Christian pilgrims first did. Something truly moving.

Walk 6km with Prometour! Walk the last stage of the way of Santiago with us; arrive at the Cathedral that stands over the Plaza del Obradoiro and attend the mass of the pilgrims. Walking isn't your thing? We can arrange a mass right as you walk on the Camino!

Outside the city of Braga lies another important pilgrimage site; the Bom Jesus do Monte. Following the Baroque design, the stairway offers 116 meters for travelers to climb and experience the Passion of Christ. As one climbs the Baroque staircase, you will find different fountains and chapels dedicated to the story of Jesus and his life in Jerusalem starting from his arrival, to his miracles, the stages of the cross; and his resurrection.

What we love most about this site is the beautiful mix of Baroque architecture and religious context. Making it not only a visually captivating but spiritually moving as you climb each step to take in each different stage. 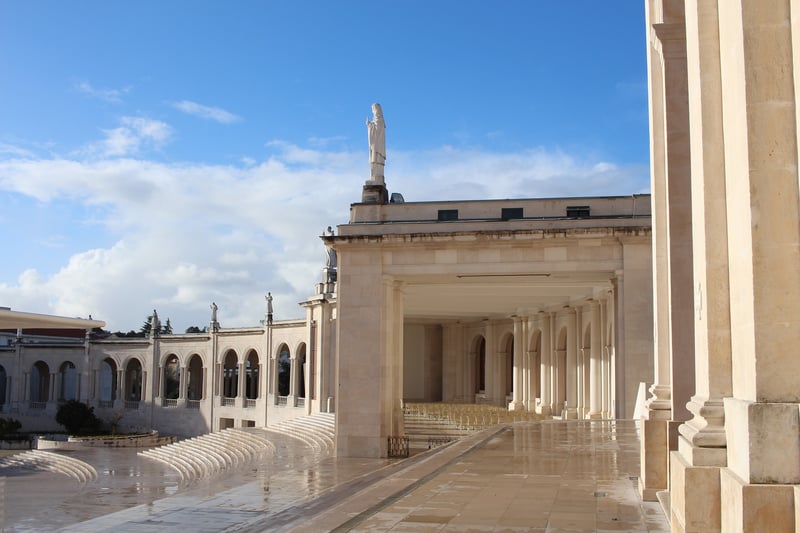 Our Lady of Fátima is one of the most sacred Marian places on Earth. It was in this small Portuguese village where the Virgin Mary appeared to three shepherd children revealing three secrets which would soon prove as prophecies for the future. The Chapel of Apparitions and the village of Aljustrel are where some of the apparitions took place in 1917. You can follow the stations of the cross along the via sacra which end at the Calvary Chapel.

It's Fátima's centennial anniversary!  2017 has never been a better year for you to arrange a pilgrimage trip to Portugal. The time to do so is now, don't wait and don't even for a second think it's impossible - at least not with us that is. 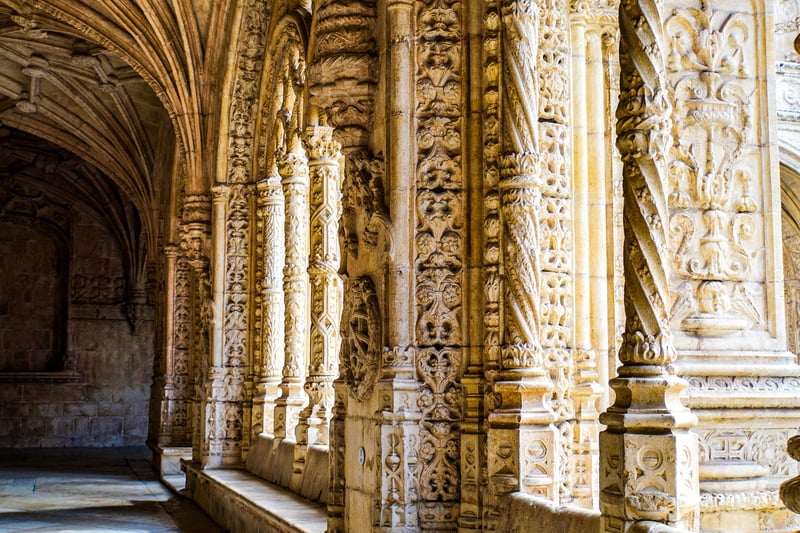 This Portuguese monastery took 100 years to build and was completed in 1601. Today Jerónimos Monastery is recognized as a UNESCO World Heritage site. Home to royalty, monks, and extravagant artworks; Jerónimos now serves as a place of prayer and those to take in its extensive history.

Jerónimos is a place of prayer but some of the most beautiful religious artwork and portraits of its previous owners hang along the walls; are stained within the windows and spread across the ceilings.