|In our staff, tour consultant
|By Prometour Staff

|In our staff, tour consultant
|By Prometour Staff

Meet Francesco (a.k.a. Frank), a Tour Consultant at Prometour since September, 2016 working predominantly with the states of New York and Colorado. With a background in sales and a passion for travel, Frank is a very knowledgeable member of the team and can often be found coaching and helping new colleagues. What's more, being fluent in Chinese, it goes without saying that Frank is our in-house expert on all trips to Asia! As someone who is always up for adventure, Frank always has an interesting story (as well as a pun) to tell!

Tell us about yourself!

I grew up in a small French town just outside of Montreal called St.Jean-sur-Richelieu. I went to one of the few Anglophone (English speaking) schools in the area. I was surprised to find out that one of my former high school teachers is actually a client of Prometour’s !

My interests include travel, improving my Chinese, playing video games and really anything nerdy.

What are the top destinations you’ve visited and which was your favourite?

I have been all over China and two of my favorite places include Beijing and Shanghai. Having lived in Beijing for over three 3 years, I know the city like the back of my hand and if you are ever looking for something to do that is off the beaten track, hit me up ! 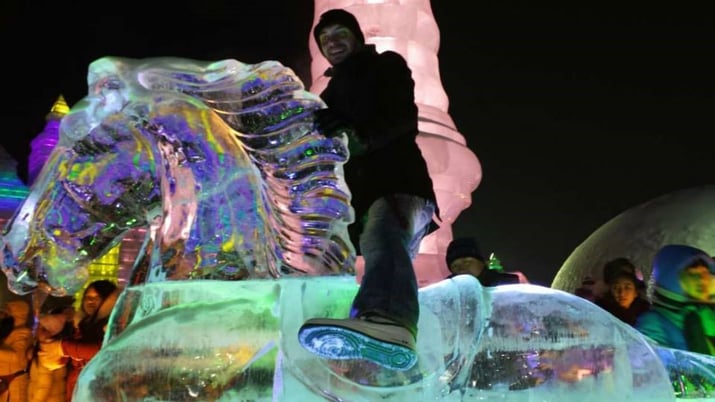 Frank at the Winter Festival in Harbin, China

What was your most valuable experience?

The first trip I ever took was with my grandparents. Growing up, my grandparents had a love of travel. As a gift to the grandkids, they would take us to Europe once we reached age 10. We all took our turns going with them to Europe and when I went with them we visited London, Paris, Amsterdam, Rome, Venice, Berlin and Brussels. It was the first time I ever went overseas and I got to drink a beer in Berlin (a very small amount mind you). For me, this experience opened my eyes to life outside my small town in Quebec and it's were my love of travel stems from.

What was the craziest thing that has ever happened to you while traveling?

Crashed a wedding in China. In short, one my friends and I were wandering around a small town in China and we just happened to pass by a group of locals celebrating a wedding. Once they saw us they wanted to take pictures with us (mostly due to the fact that we stuck out like sore thumbs). They then proceeded to invite us to the wedding. Before we joined them I managed to run off to a bank close by and withdraw some money to put it into a red envelope so we could present something to the bride and groom.

Frank at a traditional temple in China

What destinations are on your bucket list and why?

Calabria, Italy – My family is originally from there in Italy so I have always wanted to visit and discover my roots

Moscow, Russia  – Very interested in roaming around the red square and just taking in all the history that has come from Russia

Ho Chi Minh City, Vietnam – I never got the chance to Vietnam while I was China and always regretted it. My dream is to rent a motorcycle and drive from North to South Vietnam.

What is the most satisfying part of your job?

Getting to talk with teachers who are genuinely interested in traveling and talking about my experiences to help them plan their trip. It is great when you infuse a passion into a day to day job ! 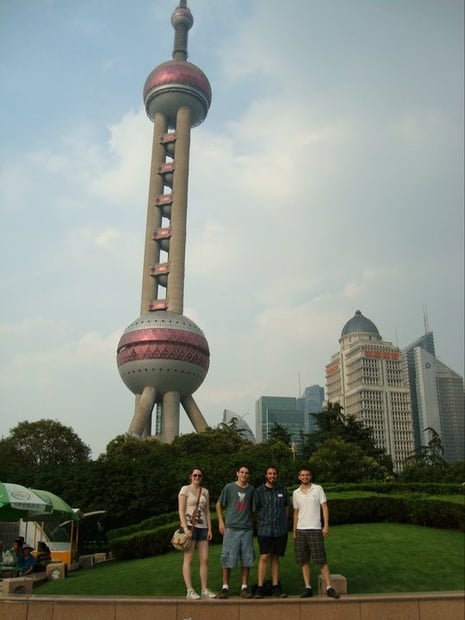 Frank and the gang in Shanghai

What is the best piece of travel advice you can give someone?

Travel with an open mind - don’t assume people in other countries will see things the same way you do.

Embrace Wanderlust – Some of my best travel experiences have come from getting lost or just going with the flow. Saying yes to participating in or trying something you have never tried before with a group of locals you only met 5 minutes ago often leads to good times.

Eat everything at least twice – be willing to try new things and always give food from a different country two chance before saying you don’t like it.

What’s your favorite place in Québec?

The Old Port in Montreal and The Old City in Quebec City (in winter). I love walking around these two places at night when all the Christmas lights are up and there is at least a few inches of snow on the ground. It almost looks like a scene out of a movie. It's great to just wander through with a hot drink in your hand ! 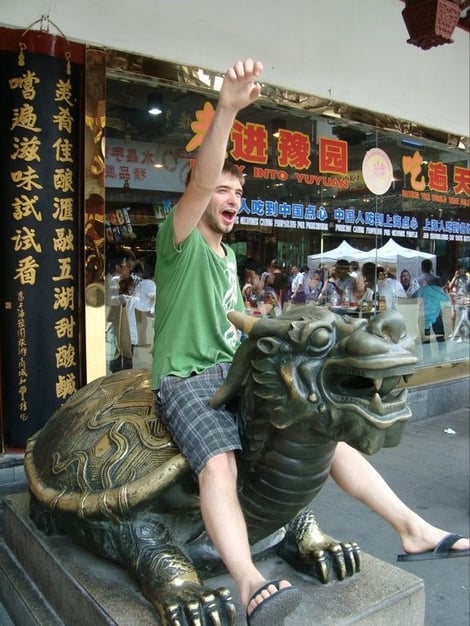