THERE IS NO TIME TO BE FRIGHTENED

THERE IS NO TIME TO BE FRIGHTENED

It is nearly impossible to imagine what happened the early morning of June 6th 1944 on the beautiful and peaceful beaches of Normandy. While discovering this northern part of France, we are swept away by the beauty of its vast fields, the high and low tides of the sea with their ever-changing colours and finally the roughness of its steep cliffs.

Nonetheless in this breathtaking landscape, we are reminded of the dreadful events that took place 75 years ago, when Normandy became a pitiless battlefield. Today we can climb on old bunkers half buried in the sand or stroll down into bomb craters. We can visit the many military cemeteries alongside roads and farms or the numerous museums and memorials found every few kilometers. But facing it all, we cannot fathom the immensity of the impact of the Battle of Normandy without being in the place where it all happened.

In the early hours of the 6th of June 1944 at dawn, 156 000 brave but fearful allied soldiers are stationed halfway across the English Channel, ready to launch the assault of the largest armada ever assembled in the history of warfare. On 7 000 ships, these young soldiers are given orders to go. Training is over, this is no longer a drill. They will finally enter into battle against the Germans on five different sections of the Normandy coast, code-named Sword, Juno, Gold, Omaha and Utah. The Americans will land at Omaha and Utah, the British at Sword and Gold and the Canadians at Juno. This operation has been kept secret, as the element of surprise shall be the key to their breakthrough for the liberation of Europe from German occupation.

On the eve of June 5th, the secret is finally revealed to the allied troops. The time has come to launch the invasion, but the weather is stormy and the assault planned for June 5th has to be postponed to the next day. Hence, before the ships make sail on the English Channel on June 6th, soldiers must hold their position for 24 hours. They are seasick due to the rough waters, already exhausted from lack of sleep and highly tensed from this dreadful wait. At last, General Dwight D. Eisenhower, commander of Operation Overlord, tells them: “You are about to embark upon the Great Crusade, toward which we have striven these many months. The eyes of the world are upon you.”

No Time To Be Frightened

Before they know it, aircraft are flying above their heads, beginning the bombardment, preceding the ships and initiating the assault. However, when the ships come close to shore and the signal is given for the gates to open, “there is no time to be frightened”. Once they set foot on French soil, there is no turning back. Although soldiers had been training for months, none could prepare for the atrocities of real battle.

Allied soldiers are met by German troops sheltered behind a coastal defence called the Atlantic Wall. Hidden inside bunkers, enemy soldiers are fully equipped and ready to shoot at any angle. Allied troops from the first wave do not stand a single chance as they move forward. The brave and the mighty are the first ones to fall. Some drown trapped inside sinking amphibious tanks, others under the weight of their heavy equipment. Their seemingly simple goal to keep moving forward turns out to be close to impossible due to antitank obstacles such as landmines and barbed wires covering the 80 kilometers of the beaches on which the assault takes place.

Landing at low tide allows them to benefit from a maximum of vision over these obstacles, but the tide is rising quickly and every second counts. Moving forward becomes even more difficult when soldiers see their brothers fall behind. Some wish to cry, but again, ‘there is no time.’ During all this chaos, there is no room for fear, sadness or second thoughts. If odds are in their favour, only perseverance and courage will get them through. Due to an incredible amount of bravery and a fierce will to live, allied troops succeed at a heavy cost in defeating German soldiers.

By the end of the day, the five beaches are secured. The remaining standing men move inland without looking back, but not forgetting their dead or wounded fellow soldiers left behind. Tomorrow is another day and soldiers have yet to discover what is awaiting them in the pursuit of Operation Overlord. D-Day is an immense victory.

A Sense of Patriotic Duty

I had the privilege of working as a guide at the Juno Beach Centre in Normandy, founded by veterans, notably Garth Webb, who landed at Juno. Their aim was to transmit the memory of their stories to future generations and to ensure that the world would never forget what happened on the landing beaches. My role as a guide was to honour this wish by partaking in the imperative task that is keeping memory alive and sharing in turn with visitors eager to learn my tremendous respect for those who fought in what turned out to be a colossal turn in history.

When I began learning about the Second World War, I felt somewhat lost in the military terms I had to familiarise myself with and in the complexity of tactics and strategies that were so foreign to me at the time. But meeting veterans, researching on soldiers’ personal lives and listening to visitors’ testimonials on members of their families who had fought in the war, I was also introduced to its human dimension and the impact it still has on us today. 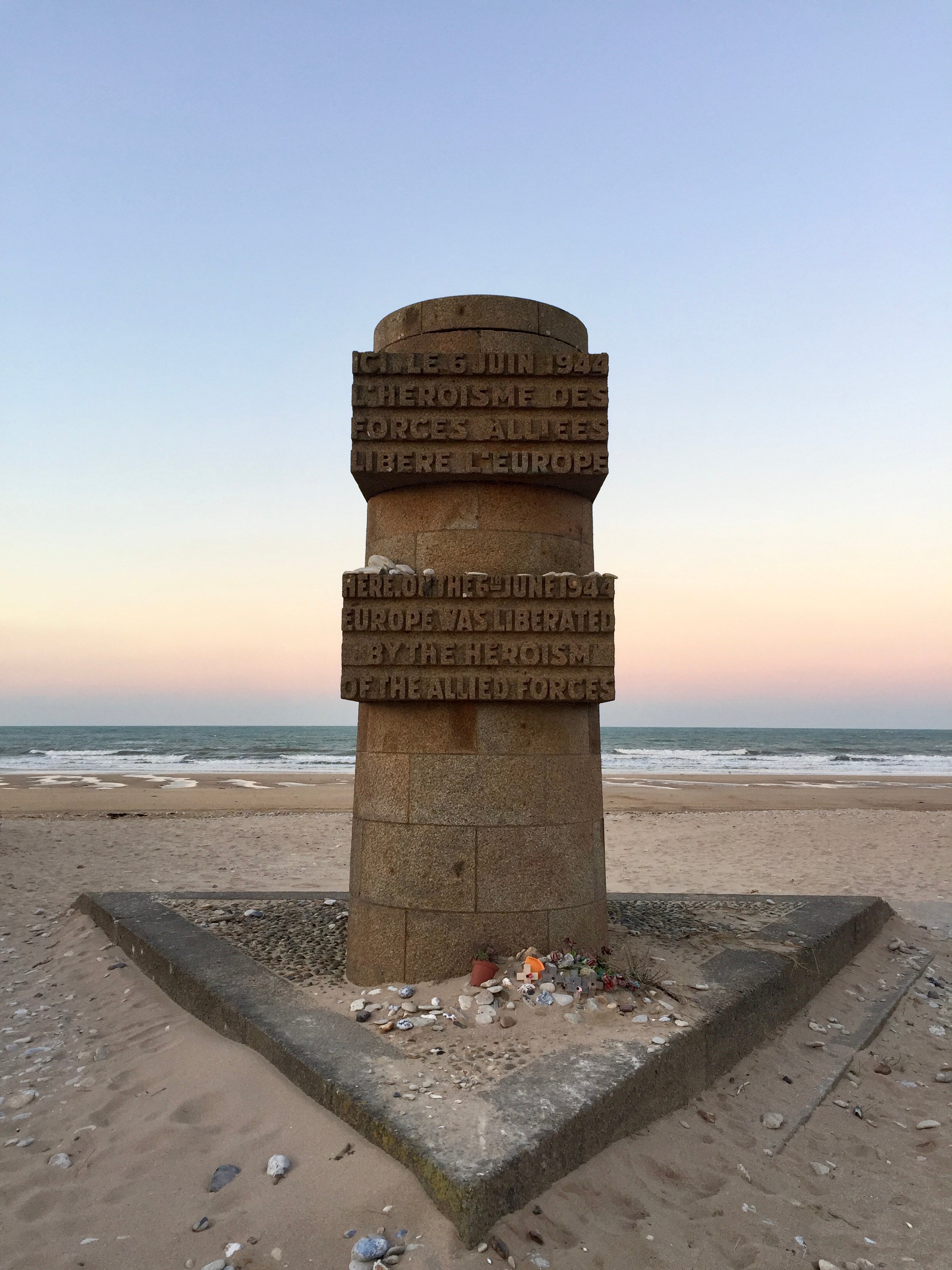 I remember feeling overwhelmed at the idea of meeting veterans for the first time. I could only know so little in comparison, recounting the stories of the men who were actually there when it all happened. However, early into our conversations, I realised that they were a lot more approachable than I had imagined. Their humanity is a reminder that those who enlisted were not necessarily born fighters or sons of dignitaries raised with a sense of patriotic duty.

These soldiers were not pieces on a chessboard. They were real human beings, most about my age, some as young as 16 years old, with a family, possibly a wife and young children desperately waiting for their return. Some had left their studies to join the army, some would enrol because they were looking for a job to support their family. Others saw the opportunity of making their dream of flying planes come true. It remains that none could imagine what was awaiting them on the other side of the English Channel.

By putting a face to each name of our fallen soldiers, the number of fatal casualties no longer equated a simple number, abstract and overwhelming, but rather, reflected the unfair fate awaiting too many young men whose lives were stolen from them much too soon.

We owe these men that much more, being conscious of their sacrifice for our freedom. And for those who did survive, their goodwill, sense of humour and resilience are timeless teachings of humility for the world. We owe it to future generations to never forget WWII and ensure that history will not repeat itself.

Let us be grateful and let us never forget. 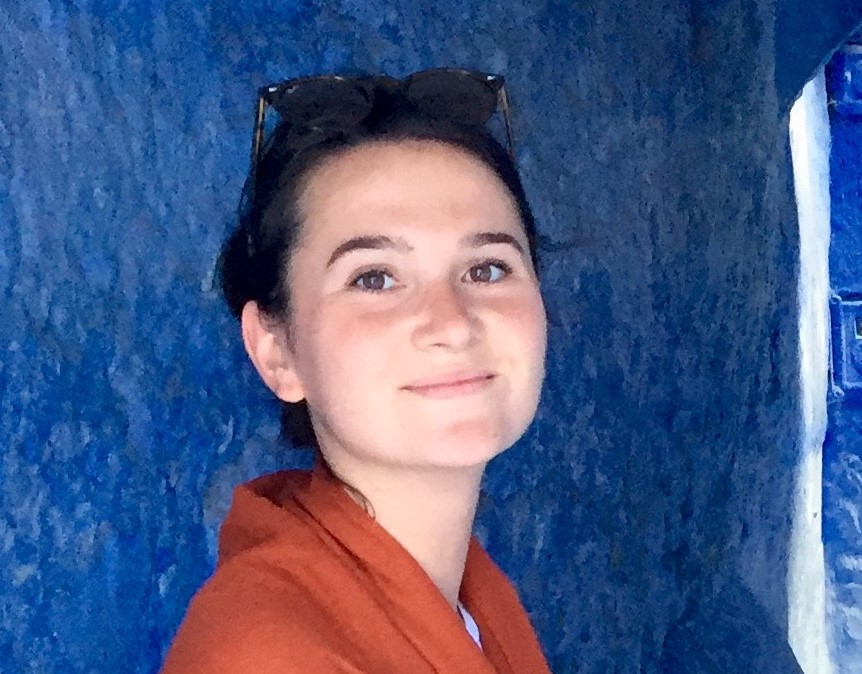