The Best Highlights of China with Prometour

|In Blog, China, Culture
|By Prométour

The Best Highlights of China with Prometour

|In Blog, China, Culture
|By Prométour

Jet set for the fourth largest country in the world which has something for every adventure loving history buff. Home to one of the Seven Wonders of the World and the most fascinating sites on Earth - China's vast landscapes satisfy travelers craving to hike through new challenges and those who want to lose themselves in the bustle of busy city streets.

Fall in love with everything China has to offer the curious eyes; from delicious authentic dishes to extravagant mind-boggling landmarks and an epic historic past.

Check out The Best Highlights of China with Prometour - ones you definitely cannot skip out on: 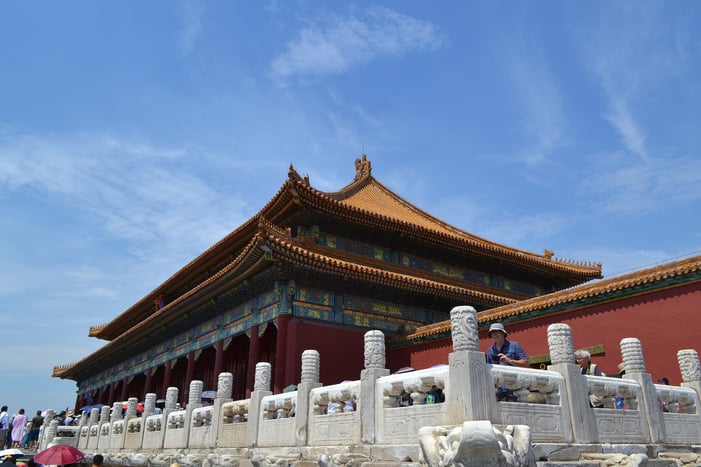 Listed as one of the five most important palaces in the world alongside England's Buckingham Palace and France's Versailles; The Forbidden City is an absolute can't miss when visiting Beijing. This Imperial Palace welcomed the Ming and Qing dynasties for 560 years until 1911. A recognized UNESCO World Heritage site, The Forbidden City stands as a glimpse into the past of the 24 emperors who once ruled. Throughout the city lies ancient artifacts and cultural memories that are of great importance to Chinese history and its people today. 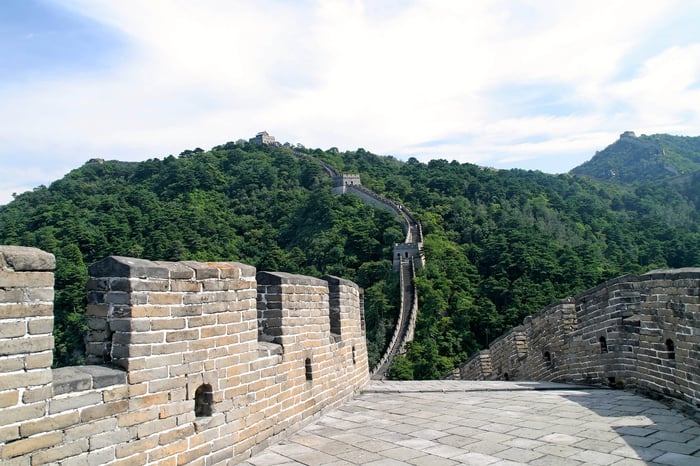 Another UNESCO site and one of the Seven Wonders of the World is The Great Wall of China. An iconic symbol of China, the Great Wall was built for strategic and defensive purposes to keep enemies out during the silk trade and war. With over 10 million annual visitors, its ancient architecture stretches for over 21 thousand kilometers; which is half of what the Equator's circumference measures at. With many different sections to visit and picturesque views to snap a picture of - The Great Wall of China is one site you simply cannot miss or skip out on when visiting the country. Did you know you can even slide down along the wall?! 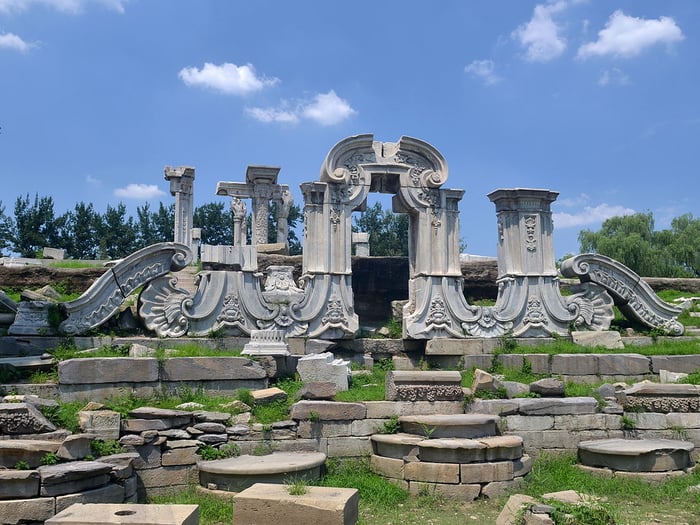 The Old Summer Palace, Yuanmingyuan, is home to a number of Beijing palaces and gardens. Built in the 18th and 19th century just north of the Imperial City, the palace was constructed as a residence for the Qing dynasty while all formal ceremonies were held in the Forbidden City. Today, the Old Summer Palace welcomes all travellers to take in the beauty of the botanical gardens that the Chinese people refer to as; the gardens of all gardens. The palace is home to 3 different gardens: the Garden of Perfect Brightness, Garden of Eternal Spring and Elegant Spring Garden. Fun fact this entire space measures up to 5 times the size of the Forbidden City and beats Vatican City by 8 times its size.

It is here in the Longmen Grottoes where you will find some of the most spectacular Chinese Buddhist artworks. Home to 100,000 Buddha statues within 2,345 caves; the Longmen Grottoes are absolutely breathtaking artworks to any eye and highlight humankind's creative capacities. This World Heritage site continues to invite thousands of Buddhists, travellers, locals and art lovers annually while China continuously works in finding ways to preserve this site alongside UNESCO; with the site's geological positioning working against them.

In the ancient capital city of China; Xi'an, you will find the oldest, largest and best perserved city walls throughout all of the country. Built during the ruling of the Hongwu Emperor for defensive purposes - you can find much of Xi'an's thriving culture and its people strolling throughout the city walls which were once surveilled by the ruling empire's army. You can be sure to add this UNESCO site to another one on your list to see. 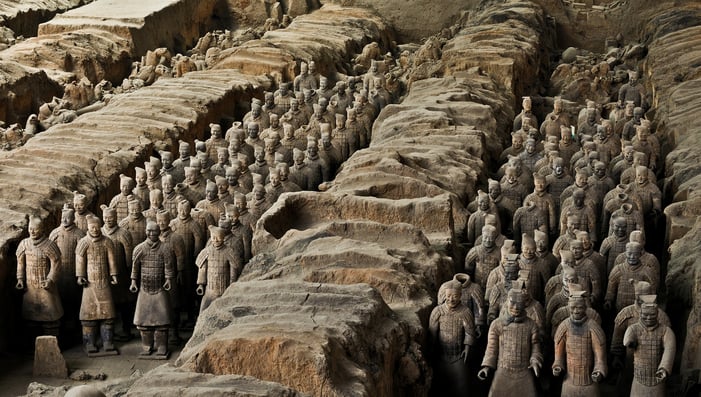 Discovered by Chinese farmers in 1974, feast your eyes on the world's greatest archaeological site of the most important Chinese army that ever existed; the Terracotta Army. Hidden underground for over 2,000 years; these extremely detailed and life-size models of the army which triumphed over all other Chinese armies. The Terracotta Army played a major factor in the country of China to no longer be divided into sectors but alas stand as one united nation. 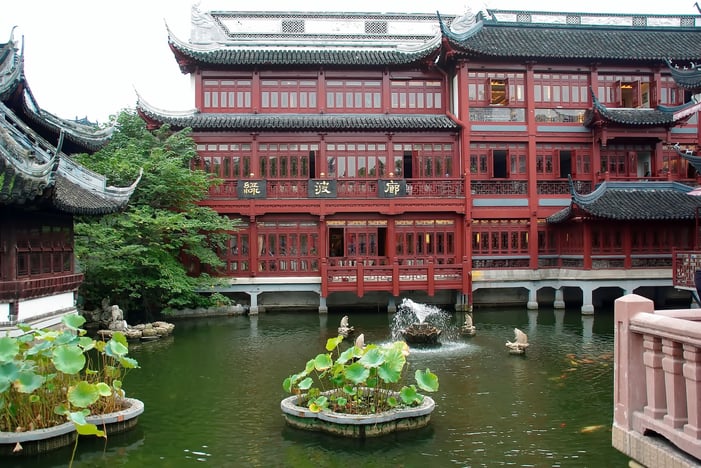 Beside the City God Temple and just north of the Old City of Shanghai; you will find yourself in the extravagant and lush botanical gardens known as the Yuyuan Gardens. Lose yourself in the beautiful bridges, colourful biodiversity and take in the tranquil moment away from the busy and loud streets of Shanghai.

8) Cruise down the Li River

Trekking through China calls for a well-deserved break; how about a cruise down the jaw-dropping Li River? This exquisite river is known for its inspiring landscapes made up of hills, cliffs, small farming villages and bamboo groves. The river was named by the National Geographic as one of the World's Top Ten Watery Wonders and continues to capture the hearts of Chinese artists and all travelers alike. We suggest bringing an extra memory card just for this part of the trip as every traveler can't ever put their cameras down on this boat ride.